Road to the Resch 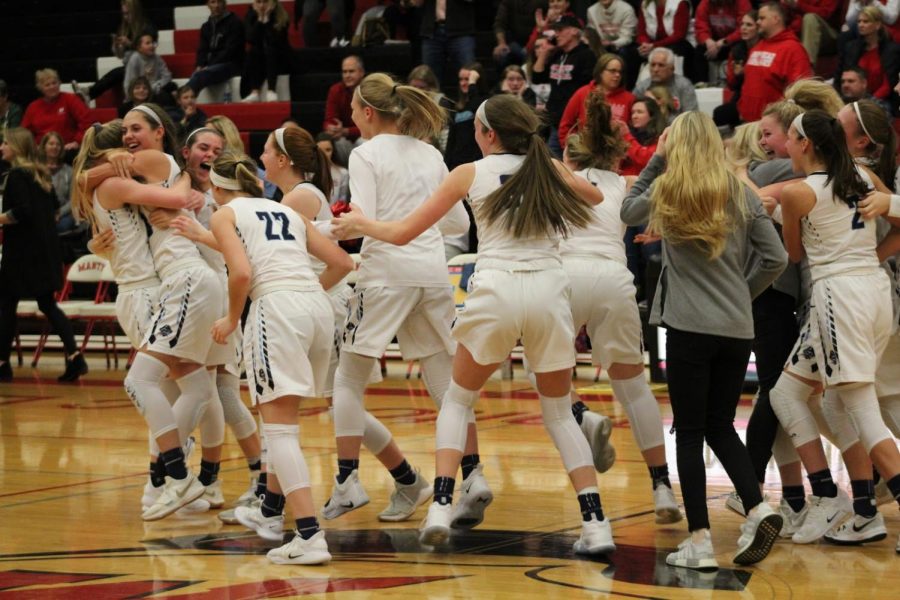 The Bay Port Girls varsity basketball team was crowned the WIAA sectional champions with their 26-24 win over Arrowhead on March 2 at Manitowoc-Lincoln High School.

The Pirates are headed to the Resch Center for the first appearance since 2000. WIAA state semi-finals will be held on Mar. 8.

The Pirates will compete for a spot in the state championship against fellow one-seed Kimberly at 8:15 p.m. on Fri. March 8.

After a 19-18 halftime score, both teams combined to score just 11 points in the second half. The Warhawks capped off the second half with last-minute free throws to tie the game to force overtime. For the Pirates, it was the second time this season.

McIntyre described the final moments before taking the game-winning shot.

“Kenzie [Johnson] cleared out at the perfect time and that allowed me to drive down the right side of the lane,” said McIntyre.

McIntyre told herself that she needed to make it.

“I started screaming and crying,” said McIntyre. “I didn’t know what to feel, I was so excited but in so much shock.”

Junior center Mady Draak shared her hopes of making it to the Resch.

“It [has been] a dream of mine and many of my teammates since we first started to play basketball,”  she said.

Draak said this is the perfect reward for their hard work all season.

The other semi-finals matchup is between a couple of two-seeds: Mukwonago and Middleton.