The Bay Port Esports team competed at the state championship on Dec. 14. Both the “Smash” and “Overwatch” teams won the state titles. Bay Port won both the Overwatch and Smash championships in 2018 as well.
“Our Overwatch team, Smash team, and Mr. Richards all thought that back to back championships were very important,” senior Overwatch player Brycen Thielbar said.
Esports has not had the attention of some other clubs and sports and everyone involved hopes to change that.
“We want to move forward Esports as a whole and making headlines are a great way to bring attention to Bay Port and the Esports of Wisconsin,” Brycen said.
Being a young program, the upperclassmen this year our some of the real leaders and developers of the strong and growing sport.
“As a senior I am incredibly proud of our team,” said Brycen. “I witnessed a lot of people improve while also having fun every day of the season and it’s cool to see everyone’s contributions pay off with a trophy in the end.”
The Overwatch team won commandingly over William Horleck High School, making it a relatively easy win for Bay Port.
“It’s fun to win with close to no contest as it is a lot less tense,” Brycen said. “But we were hoping for more of a challenge.”
Going into the state tournament, the team was looking to continue their tradition of excellence, now completing their third consecutive undefeated season.
“We were just going to play how we have all year.” Brycen said. “Three undefeated seasons means that whatever we are doing, we are doing it right.”
The team will continue on in the spring with more competitions that will be on a larger scale than just state or local competitions.
“For the spring season I believe we are possibly moving onto bigger and better things in the HSEL (National High School Esports League).” Brycen said. “In those competitions we compete for scholarships and will get a lot more attention from college recruiters.” 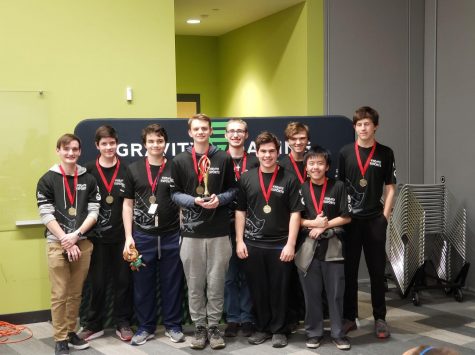