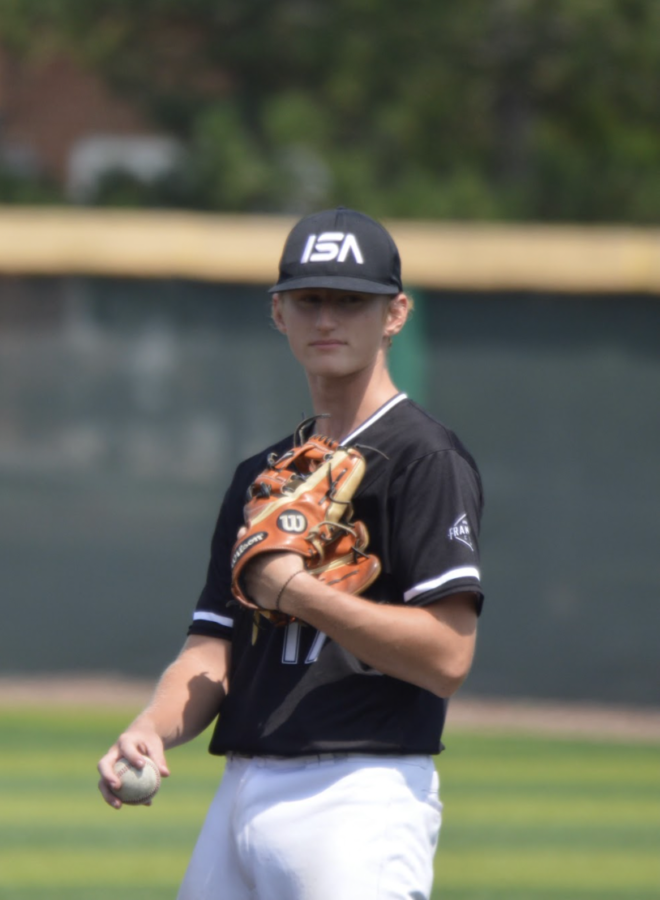 “Baseball has shaped me into who I’ve become today and who I’ll be in the future,” senior Isaiah Grimm said.

For Isaiah, baseball is more than just a sport – it’s a way of finding new friends and gaining new opportunities, so when Marian University was interested in him, he didn’t hesitate to jump at the opportunity. Isaiah recently committed to continue his academic and baseball career at Marian University, located in Fond Du Lac, WI.

“The process of recruiting started right at the beginning of the summer season when they showed up to our team’s first game,” Isaiah said.

Marian was heavily engaged in making sure that they were Isaiah’s future home.

He jumped on it right away, making sure to commit early so that he could garner a great relationship with his future coaches and teammates.

Isaiah knew that Marian was his future immediately after he toured it.

“Marian’s coaching staff is very inviting and right away it felt like a family,” he said. “They didn’t have to try hard to get me to go there with their awesome indoor and outdoor facilities; training will be great with the team,”

Isaiah describes himself as a very coachable player. He’s willing to put in the work and training in order to improve his play on the field.

“I’m not afraid to fail or ask for help, trying to get better at a certain skill is something I strive for,” he said.

But the baseball aspect wasn’t the part that fully drove him to attend Marian for the next four years in life.

“The educational side of things struck a chord with me because with their newly built science division, I’ll be able to have high-end learning whilst playing baseball,” Isaiah said.

He puts a heavy emphasis on making sure that his college of choice had great education.

“I plan to study pre-med in hopes of following in my dads’ footsteps of becoming a dermatologist. Things don’t always go as planned so the hope is to make it to medical school at the least and see where that brings me,” Isaiah said.

Whatever he ends up doing in the future, he acknowledges that he is extremely blessed to be receiving  this opportunity.

“Only 9% of high school baseball players end up playing collegiate baseball; so no matter what happens I’m extremely thankful for this opportunity.”